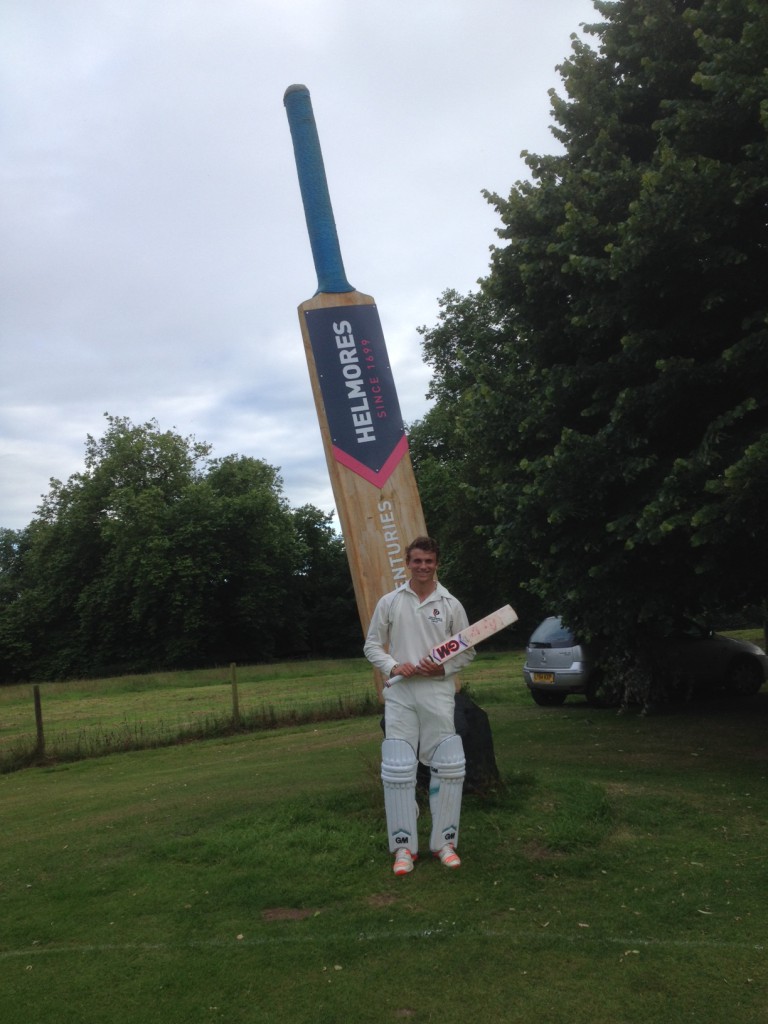 Dartington & Totnes  first XI produced an excellent team performance to gain a well-deserved and very welcome victory  at Shobrooke Park .  With D&T chasing 181 to win Eddie Verrall batted for 44 overs, finishing with 75 not out.  Shobrooke Park is perhaps the most picturesque ground in Devon being surrounded by tall trees and with a thatched pavilion.  The ground is famous for having an enormous cricket bat carved out of an oak tree on the boundary.  It must have appeared to the Shobrooke players that Verrall was wielding a similarly sized bat as they couldn’t get him out despite trying everything.

D&T skipper James Howrihane had won the toss and boldly asked Shobrooke to bat on a hot humid afternoon.    Will Gornall and Jono  Colegate produced an excellent opening spell without enjoying much luck until the seventh over when Gornall had James caught by Verrall at cover for 21.  D&T struggled to get another breakthrough, though Colegate was unlucky when Shobrooke skipper Simpson was dropped by Mick at mid- off.   Colegate picked up a well-deserved wicket with the last ball of his spell, having Ford caught behind down the legside by Ollie Payne for 20  Chris Cook relieved Colegate and immediately caused problems, having new man Codling caught behind in his first over -65 for 3 after twenty overs.

Verrall joined Cook in the attack and Shobrooke’s batsmen struggled to assert any authority over the spinners, who each bowled a fine spell.  Simpson and South African, Budricks somehow managed to grind out another 40 runs before Simpson fell for 37 when Harold Stevenson took a fine catch high over his shoulder at gully.  Anning fell for 1 in the same over off Cook (3 for 40), caught by Howrihane at mid-on.  D&T were now in the ascendancy.  Stevenson took an outstanding one handed diving catch to dismiss Pyle off Verrall (2 for 22) and when Trenaman tried a big hit off Verrall , Gornall recovered well to hold a catch at long off ,which reduced Shobrooke to 127 for 7 with 9 overs remaining.  Budricks was proving difficult to shift though and found an ally in Steer.  Budricks relished the return of the pace bowlers and ended up undefeated on 58.  Steer was run out off the last ball of the innings for 18 when Payne threw down the stumps to cap a fine performance.

D&T got off to a poor start when Budricks caught Stephenson by surprise as the ball lifted off a length and he could only fend it to gully, bringing Verrall to the crease.  Jono Colegate looked in impressive form but fell for 14 after hitting Trenaman straight into the waiting hands of Pyle at backward square leg.  Kalon Veale is a class batsman and  duly delivered, adding 81 for the third wicket with Verrall.    Veale was playing exceptionally but after reaching 36 he was caught on the midwicket boundary.  The game then swung in Shobrooke’s favour as this heralded a mini-collapse.  Chris Cook was caught and bowled off spinner, Anning, next ball and Glenn Colegate didn’t last much longer as D&T slumped to 98 for 5.

D&T were always going to have a chance provided Verrall stayed in. Ollie Payne is an infectious cricketer and plays with a joie de vivre.  The pair took the score to 149 before Payne chased a widiish delvery and was caught at point for 24 valuable runs.  Enter skipper Howrihane who raced to 23 not out to finish the job with Verrall. 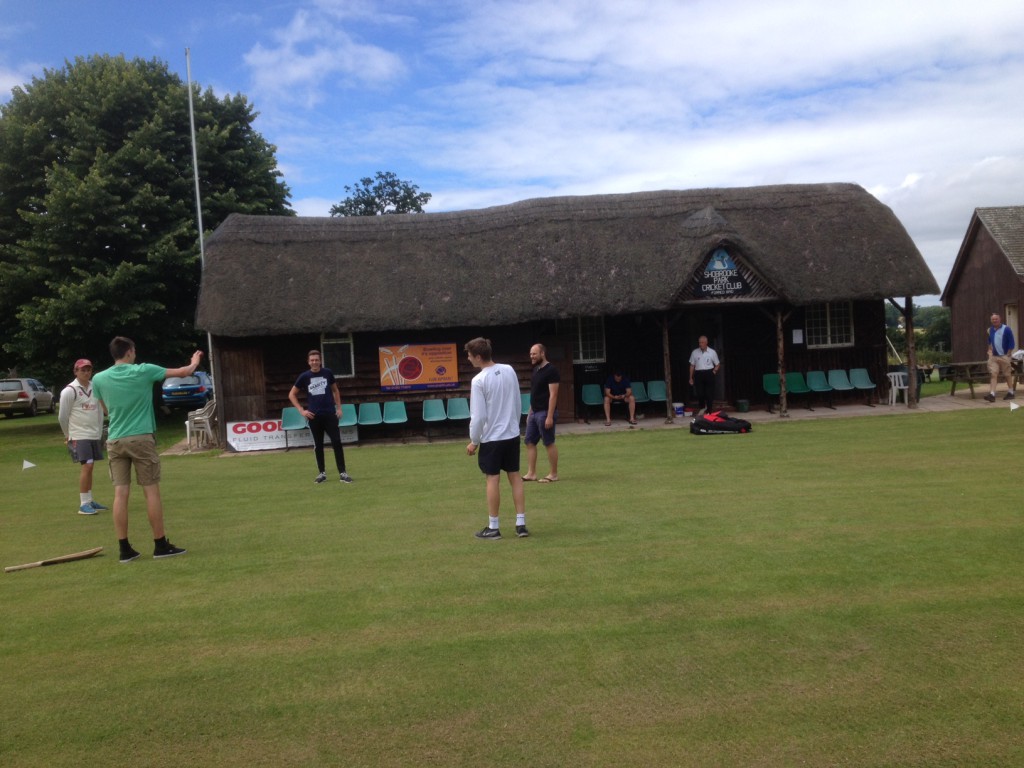