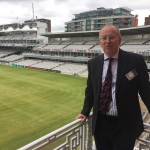 Chairman getting ideas for updating our facilities 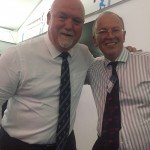 Mick was at Lords last Monday representing the Club at the ECB Outstanding Services to Cricket Award ceremony.   Mick won the Devon nomination for the Heartbeat of the Club OSCA, after he was proposed by Glenn.

In addition to Mick,Stuart Broad, Eoin Morgan, Mike Gatting and Colin Graves the ECB Chairman were in attendance.

Mick said “it was a well organised event with plenty of excellent wine.   I was surprised when Mike Gatting insisted on having a photo taken with me, and went along with it to humour the bloke”.

“there were some very inspiring people there e.g one person managed to get 240 volunteers for Cricketforce and they did work to the value of £20,000 for £2500. 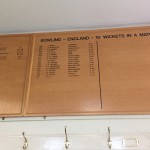 No your name is not on the Honours Board Mick! 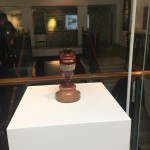 These will soon belong to Australia